Guide to the bullring of Seville: history, characteristics, seating plans and more 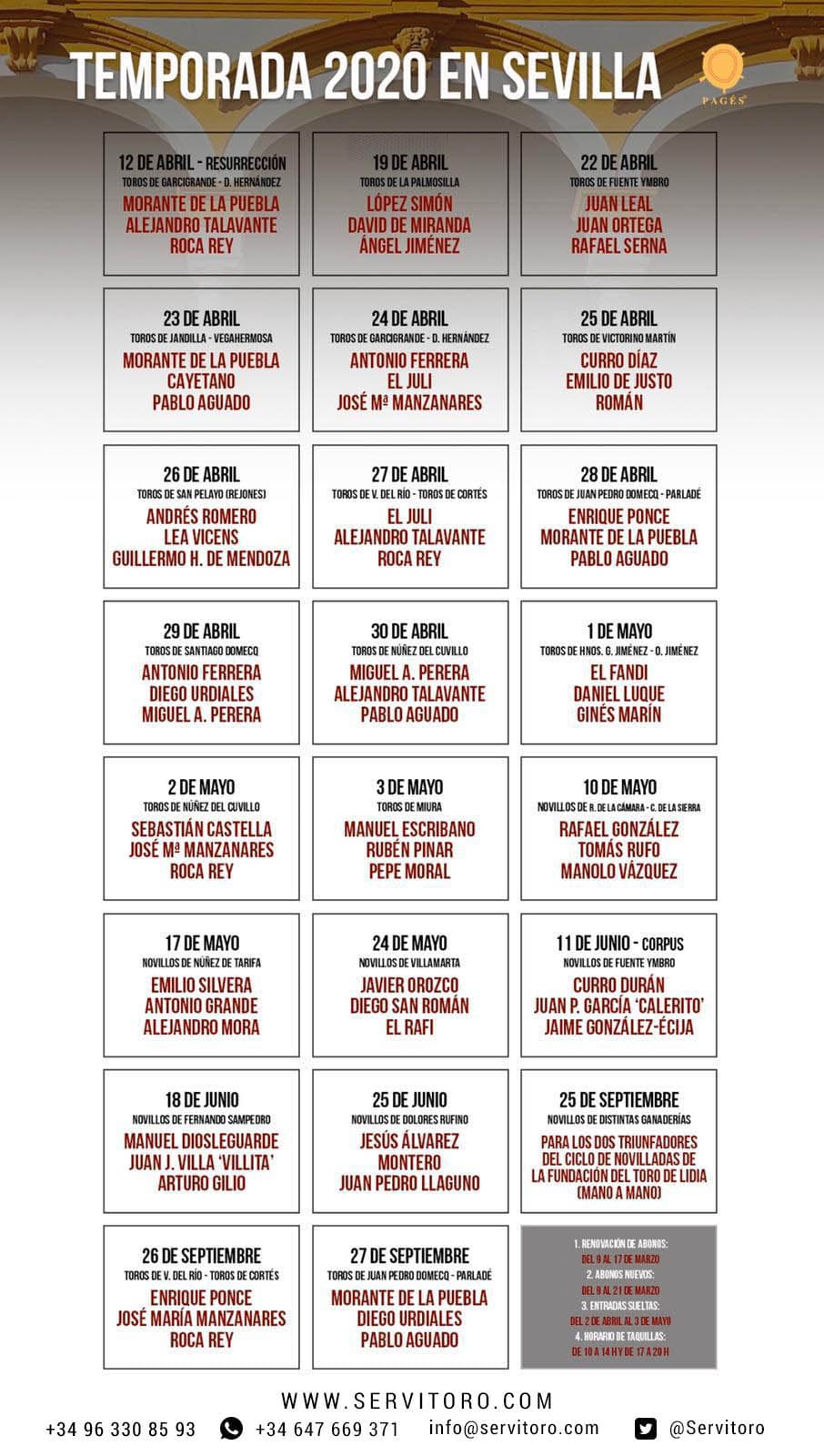 La Maestranza, one of the bullrings with more charisma and tradition of Spain and, why not saying it, of the world. The most important bullfighter figures of the moment, as well as an important number of young bullfighters ("novillos" bullfighters), go every year to Seville. The posters sometimes generate controversy and never leave anyone indifferent. The public, always in elegant clothes, goes enthusiastically every afternoon to the bullring; a ring where you can breathe its silence and respect. The atmosphere of the Real Maestranza is unique, magical. And, as the song says, ‘Seville has a special color’.

History of the Real Maestranza bullring

In 1670, during the reign of Charles II, the Real Cuerpo of Maestranza of Caballería of Seville was founded. It's a Nobiliary Corporation formed by gentlemen from old noble families who carry out many charitable activities in the city and is concerned with the conservation of this magnificent building, as well as promoting equestrian art and bullfighting. These nobles are 230 "Maestres" and their Big Brother is His Majesty the King.

They owned the bullring and is one of the oldest in Spain . Its style is late-baroque, typical of the second half of the s. XVIII. But the Real Maestranza of Seville is much more than a bullring, in fact it is one of the most valuable and emblematic architectural ensembles of the Andalusian capital. Its more than 200 years of life in constant evolution make it a complex building.

Bullfighting is a tradition in Seville, and La Maestranza bullring is perhaps the best venue in all of Spain at which to watch the event. It is one of the bullrings having the most history and charisma in Spain, perhaps the world! Seville opens the bullfighting season in Spain every year with the most important performances. The programs generate great controversy and never leave anyone indifferent. The public is always elegant, enthusiastic go every evening to the bullring. In the taverns near the bullring that are always perfect places to experience the world of bullfighting, you can sense nervousness, excitement or disappointment.

The Real Plaza de Toros de Sevilla was built in The Baratillo mount, that’s why is also known as Coso del Baratillo. The current building took 120 years to be built, from 1761 to 1881. Earlier in the same place another bullring in wood had been built. The final construction was begun by Francisco Sanchez de Aragón and Pedro and Vicente de San Martín, already with a circular shape, although successive reforms have ended by giving the ring a slightly oval shape. The work was completed by the architect Juan Talavera.

It is located at number 12 of Paseo de Colón and is, of course, of first category. It has a capacity for about 12,500 spectators. To open the desired Prince's Gate it is necessary to cut three ears.

It has been declared of Cultural Interest and Spanish Historical Heritage since 1983. 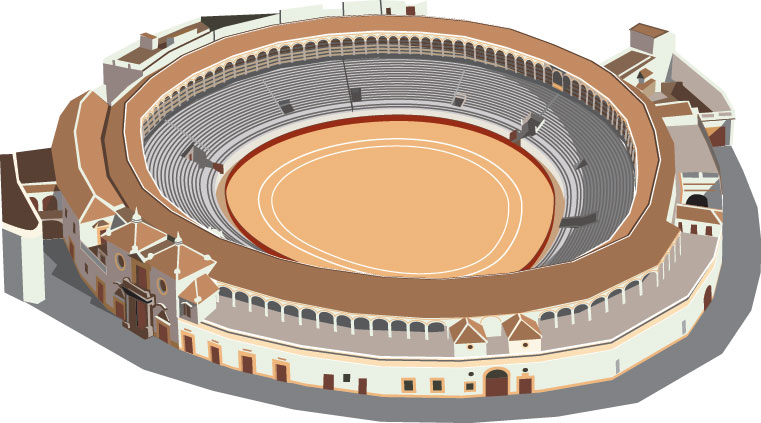 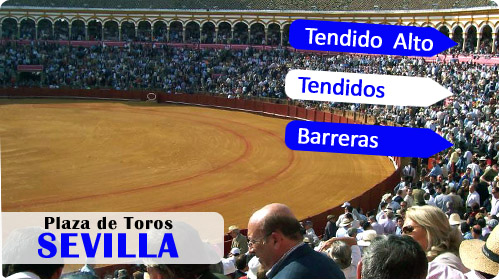 Price Differences: Sun or Shade. There are differences between “al sol" seats (in the sun) and "a la sombra" (in the shade). The latter are more desirable, so more expensive. There are also "sol y sombra" seats (sun and shade) that provide you with a bit of both as the sun moves, which is a good middle ground. 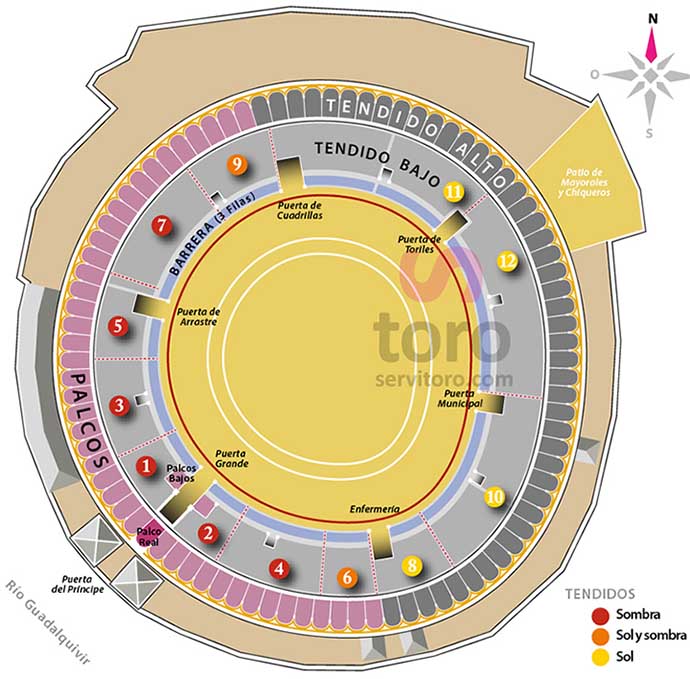 HOW TO GET AT THE SEVILLE BULLRING